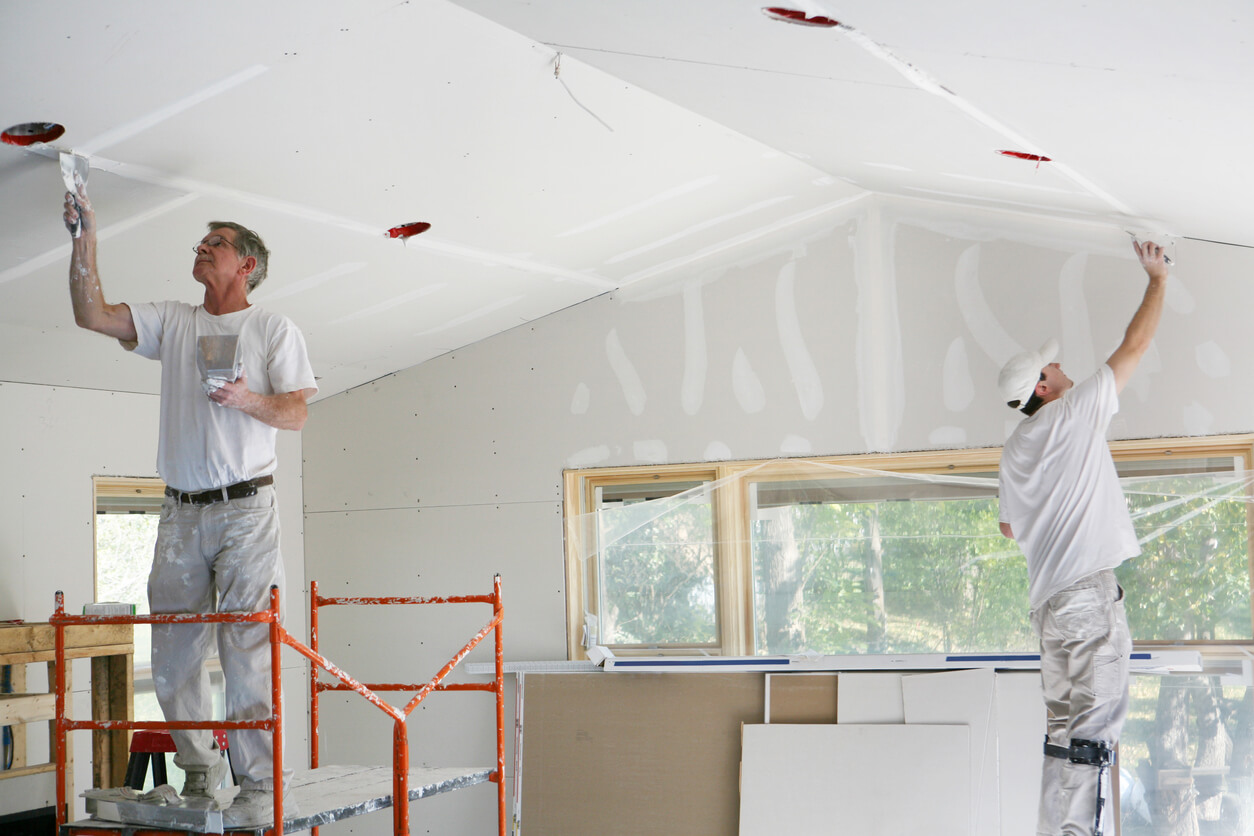 Home remodeling projects aren’t something homeowners tackle very often, and for good reason. Home remodeling usually entails a large-scale project intended to be completed once then enjoyed for a lifetime. But because renovations aren’t commonplace and homeowners don’t frequently encounter these projects, many myths and misconceptions about them are passed from person to person.

Debunking some of those common myths gives homeowners realistic expectations that often save time, money, and frustration.

We debunk some off these myths below:

Myth Number 1: It’s more costly to hire a professional than to do renovations yourself.

Lots of homeowners mistakenly believe that they can complete projects such as bathroom remodeling, kitchen renovations, or even roofing for less money than hiring a professional. Typically though, that’s not the case. Additionally, contractors can often get these jobs done quicker than you would by doing it yourself.

When homeowners think about the cost of a project they often think of just the materials and labor, believing that by doing the work themselves that they’ll save on labor. Those are only two of many expenses; they’re often surprised by unexpected expenses such as engineering, permits, or skilled technicians that often accompany large remodeling projects.

Hiring a professional offers many benefits, not just cost, compared to doing work yourself. Professionals can handle complications that arise, they provide warranties, and they get the job done quickly.

The idea that the main purpose of renovating your home is to attract future buyers has been around a long time. But that’s only one reason to change your home. You may complete projects in order to upgrade materials, add to your own comfort, or simply because you want to change the home’s style.

There’s no rule stating that renovations have to contribute anything to the home’s resale value. Your comfort and preferences should be the biggest factors in deciding what renovations to complete.

Myth Number 3: Doing renovations means you’ll have to move out of the home until it’s complete.

It’s understandable that homeowners mistakenly believe that they can’t live in their home during renovations, after all, they expect lots of people and equipment to be working on the project. Luckily this is rarely the case.

Professionals are accustomed to working within a limited space, and to working around occupants. There’s no reason for the crew to need access to the entire home just to do work on one section. Unless there’s a safety or structural issue you should be able to stay in your home while renovations take place.

Reputable companies will discuss a schedule with you before starting the job so that you’ll know when to expect workers in your home. This allows you to plan your work schedule accordingly, make arrangements for pets and children, and to know when to expect extra noise from machinery.

Myth Number 4: Home remodeling projects leave your home in shambles until they are completed.

It’s no wonder people think their homes will be chaotic and messy during a renovation; renovations involve extra people coming and going through the house, materials being transported in and out, and some degree of demolition.

Professionals will discuss these concerns with you ahead of time and give you an idea of what to expect. They’re also used to working within people’s homes and will take necessary precautions to prevent extraneous messes. Reputable companies will be able to complete their work with minimal disturbances, and will clean up as they go.

Renovations require a large amount of planning and research; without them renovations don’t go nearly as well as planned and will definitely run longer and costlier than anticipated. That’s why it’s important to have experience doing the remodeling project, or hire someone that does.

Before beginning any work professionals will discuss your expectations and budget. They’ll inspect the premises to determine what materials will be needed, calculate how long the job will take, and look for potential problems. Because of their experience, professionals are good at accurately estimating time and cost.

That’s not to say that surprises never happen, they do. But reputable companies will keep you informed during the process in case they encounter something unexpected and work with you to adjust the schedule; they won’t wait to tell you that the scope has changed.

Myth Number 6: All renovations will add value to your home.

Value of a project largely depends on the personal preferences of future buyers and popular trends. Some projects, like large-scale kitchen and bathroom remodels, are historically known to increase a home’s worth but it’s not always the case. Part of it depends on when you have the work done versus when you sell. For example, an upgrade finished in 1999 will not likely command the highest resale possible if the home is sold in 2018. Trends and materials will have changed in that time.

Renovations that appeal only to a niche market won’t necessarily add to your resale value either. For example, projects such as turning a bedroom into a theatre room, or building a large shed in the backyard won’t interest most people. Many potential buyers won’t be see these improvements as valuable, and will be less inclined to pay extra for a home that includes them.

Sticking to your budget is important, but price shouldn’t be your sole determinant. If a contractor’s bid is drastically lower than his or her counterparts that should be a red flag.

Very low bids indicate that the contractor is cutting corners somewhere, like using inferior materials or finishing too quickly. Check the reputation of each company who gives you a bid.

Home remodeling myths are common. Large-scale renovations don’t occur very often and are intended to last a long time so homeowners aren’t accustomed to dealing with them. Misinformation about such projects gets easily transferred from one homeowner to the next. Clarifying those misconceptions saves homeowners extra expense and frustration.

Skyline Construction and Remodeling is a licensed remodeling contractor and construction company located in Woodland Hills and Los Angeles serving the LA and Ventura counties.